Since the 1970s we have had the ring-necked parakeet in noticeable numbers in the UK they become established in the wild after captive birds escaped from their aviary and cages or were deliberately released.

Now a familiar sight in London, along the Kent border and the Home Counties, with smaller populations starting to form further north, they have become an invasive species worthy of note, a survey carried out in 2015 reported circa 31 thousand birds living and reproducing in the UK.

They have been so successful in breeding and colonising large areas of the countryside they are the UK’s only naturalised parrot, having now reached pest proportions and making their way on to Natural England’s Bird Licence along with Monk parakeet, this means as a pest control company we are legally able to control them.

Parakeets have a habit of nesting in places they are not wanted, being noisy birds with loud squawking while in flight, on the nest or roosting a chatter of short notes will be heard, this can prove quite overwhelming when in close proximity causing disturbance to your sleep patterns.

How to remove parakeets

Due to the heights parakeets nest at they are best left to specialists in bird control,
Area Pest Control is contracted out by other pest control companies to remove nests from vents and within extractor fan ducting due to our knowledge on bird control and proofing to prevent parakeets from re-entering once removed.

With our in house access solutions and working at height training, we are able to remove you pest parakeet problem and prevent them from coming back. 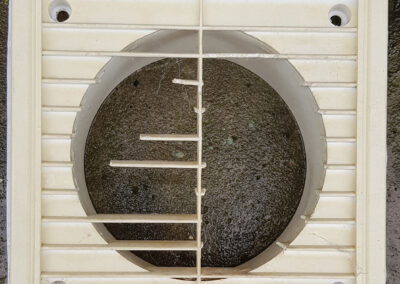 Contact Area Pest Control today for advice, service and a solution to your pest problem.

Want to know more about our
Parakeet control service?
Request a call back.

We contacted Area Pest Control to remove a parakeets nest that was situated 4 stories up on a residential block in Bromley London, Daniel was very helpful in acting quickly and keeping us updated on the progress of the job. I would be happy to recommend Daniel and Area Pest Control to other pest control companies

Efficient and effective pest control service with a fast and reliable response from trained specialists.

All our pest controllers are BPCA certified and trained to resolve your pest issues safely, quickly and discreetly.

Choose us for a professional, courteous and efficient service and to provide you with advice on prevention and control of pests.

Innovative and bespoke solutions that resolve your pest problems quickly and effectively.

We aim to ensure that every one of our customers is totally happy with the service received.

We are proud of our Awards & Accreditations

I contacted Area Pest Control about a problem I was having with mice. They came out to my property and placed traps and bait throughout. What impressed me most was the effort made to search for all possible entry points, not just the obvious route the mice gained via the kitchen.

After moving into our house I discovered a wasps nest at the end of our garden. I called these guys out and they came the same day as I had small children, they dealt with the problem quickly and efficiently, very good price too, would definitely recommend this great friendly company

We had a major problem with fleas, so sought advice and help from Area Pest Control, I felt extremely embarrassed by my situation, but was made very comfortable and treated with the highest sensitivity, in a very professional manner. Our flea problem was resolved the same day!

We offer rapid & effective pest control,
you won’t need to call us back.

How quickly will you respond to my problem and how soon can it be treated?

It is our priority to take emergency pest control calls as they come in. We endeavour to speak to you and reply to emails on the same day during our working hours.

Treatment response times can vary depending on the pest, this can often be the same day, whatever the pest problem we are here and ready to help. Call us now.

What does a visit to my premises involve?

Our pest control technician will first survey your premises in an attempt to ascertain pest entry points and the best location to start the treatment,

they will talk you through the process answering any questions you may have.

On completion of the visit, the technician will advise you on preventative measures and recommend proofing works to help prevent a recurrence where possible.

What pests do you treat?

We treat a wide variety of pests from rodents to insects to birds, the more common pests we incur daily are Rats, Mice, Pigeons, Bed bugs and Cockroaches.

Seasonal pests include Squirrels, Glis glis (Edible dormouse) Starlings, Wasps, Cluster Flies, Moths, Spiders, Carpet beetle, Ants and Fleas, this is not an exhaustive list so please call to discuss any pest concerns you have.

We also have a specialist pest control team for removing pests from under solar panels and prevent them from re-entering.

This includes removing Birds, Pigeons, Jackdaws and Squirrels that are nesting under solar panels.

How much are your services?

The costs vary from pest to pest and location, to give some examples:

For more information on our service and costs call now.

*All prices are per visit and plus VAT

Get an Instant Quote

Rodents are one of the most common types of pests to plague your home or business. If you stumble...

END_OF_DOCUMENT_TOKEN_TO_BE_REPLACED

How To Find Reliable Pest Control For Schools

Every building is at risk of pest problems, and schools are no exception. As commercial spaces,...

END_OF_DOCUMENT_TOKEN_TO_BE_REPLACED

How To Find Reliable Pest Control For Restaurants

With so much food around, it is no surprise that restaurants are prone to pest problems. Even the...